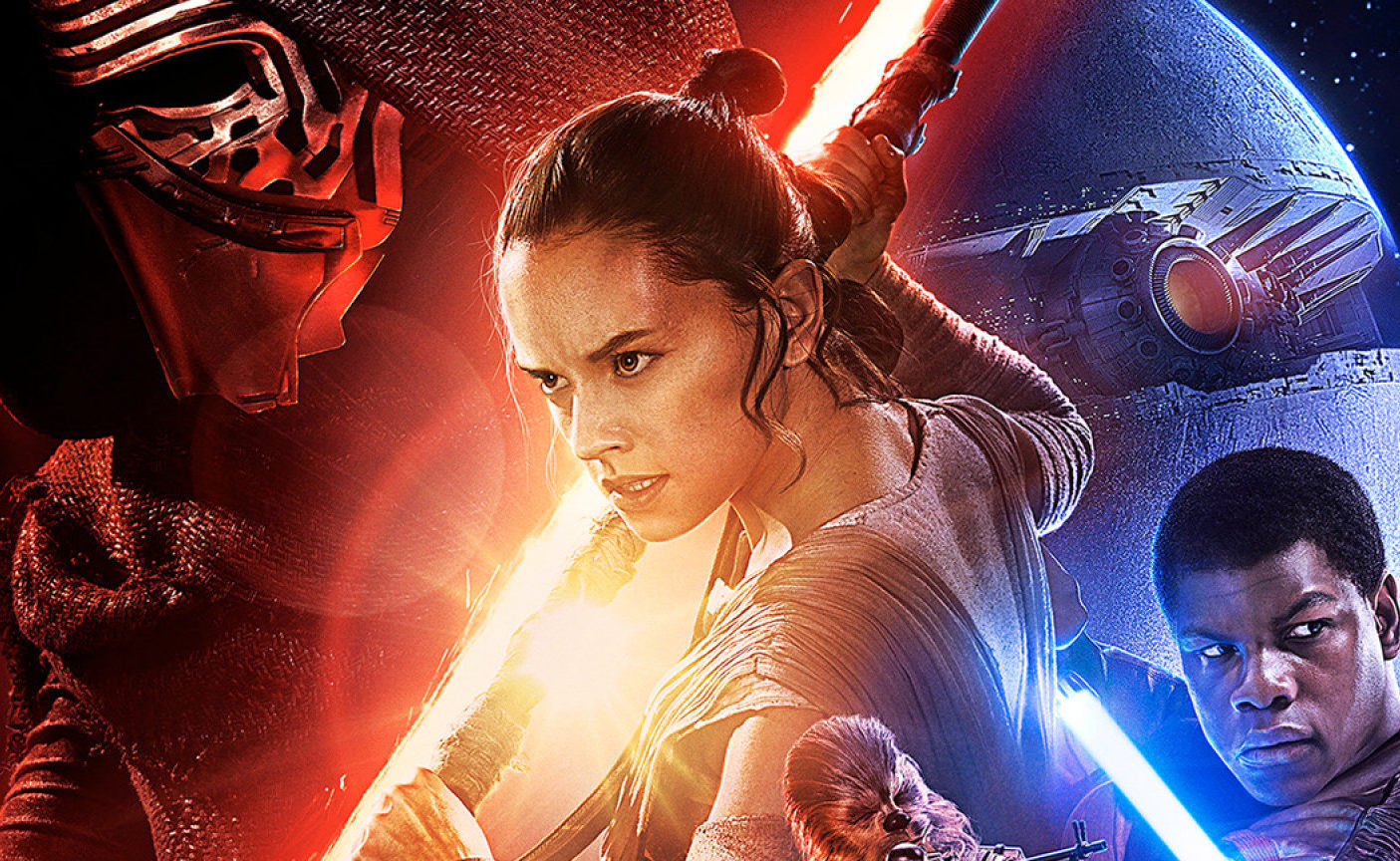 3 important branding lessons you can learn from watching Star Wars

By now the Tattoine dust has settled and in case you’ve been living under a rock in Dagobah but somehow reading this, yes, Star Wars Episode VII: The Force Awakens is a mammoth success. Defying all conventions that you can’t wait too long for a sequel to work (sorry, Zoolander 2), Star Wars is a force unto itself. There’s really no awakening when it hardly ever went to sleep.

Sitting pretty as the No. 2 worldwide box office champ of all time (and expected to break video sales in just a couple of weeks), it has successfully reinvigorated a 40-year-old franchise and introduced an old brand to a new generation of Padawans across gender, age and culture. What’s the secret sauce? Pent-up demand? Savvy marketing? Try branding. (And no, we’re not talking about Yoda grapes and BB-8 oranges….) Here are 3 key lessons we can learn from The Force Awakens about branding done right.

1. Commit to your brand narrative

Brands tell stories. They’re how humans are hardwired to understand the world around them. If you want people to understand your brand, yep, tell a story. It’s the best way to establish an emotional connection with your audience, and keep them invested and piqued to see what the next chapter brings. As to what constitutes a brand story, well, some brands focus on their backstory, some brands create stories around their beliefs and philosophies, other brands create a narrative around a promise. And every piece of brand communication produced should then extend and reinforce that narrative. When you tell your story, it is important that the tales you tell are not standalone chapters but are part of a broader story arc. And this arc needs to be consistent with your brand image and promise. Because there’s comfort in familiarity, and people want payoff. There is a great article in Forbes about the science and power of storytelling, in which the writer posits that storytelling has measurable utility; that attention is the reward that listeners bestow on the storyteller. So you want your audience’s attention? Tell a great story.

In The Force Awakens, J. J. Abrams does this excellently. Sure, there are many who complain that The Force Awakens is basically retelling the story of A New Hope…. And that’s okay. When all is said and done, the Star Wars universe (and arc) that Lucas has created is a great mythological one, that of a hero’s journey. Film students will know that Lucas was inspired by mythologist Joseph Campbell’s influential The Hero With a Thousand Faces when writing Star Wars in 1975. In his book, Campbell purports that underlying all stories is a classical narrative structure and theme; in other words, that all mythic narratives are variations of a single great story. This in popular literary tradition is now known as the Hero’s Journey. And the Hero’s Journey myth has certain rules, beats and arcs that has to be followed. Lucas followed it faithfully, as did Abrams. At heart, Star Wars is a story about an everyman (Luke) who discovers his (or in the case of Rey in The Force Awakens, her) potential and fulfills his/her destiny. Along the way, they encounter mentors (Obi Wan/Maz Kanata) and aides (Han Solo/Finn), antagonists (Darth Vader/Kylo Ren) and defeat, discovery, purpose, promise and flight. Abrams understood the efficacy of committing to a narrative. He extended the story authentically and without losing sight of the original arc. And that’s what your brand should do too. 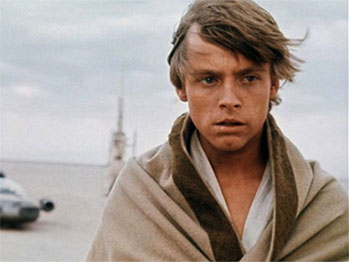 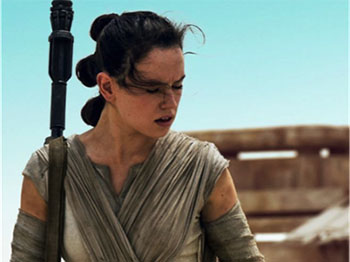 2. Build your brand on archetypes

Psychologist Carl Jung believed that some story characters are instantly familiar to us because they are primal and instinctive, part of a universal collective unconscious we all share. Campbell’s book itself was based on the German philosophy that myths from all over the world are built from the same “elementary ideas”, which Jung called archetypes. Jung believed that everyone in the world is born with the same basic subconscious model of what a hero, a mentor or a quest is, and that’s why people can enjoy the same stories across cultures, gender and time. I remember watching Star Wars as a kid in the late 70s in Singapore; speaking to my college mates in California 20 years later, we all understood exactly what Star Wars meant…our take-out was the same: What made Luke heroic, why Han couldn’t have shot first, why Vader was the not the real villain, and what a douche the Emperor really was. Different continents, different eras, same story, same understanding. This is why archetypes work. They are universally familiar characters or situations that transcend time, place, culture, gender and age. Archetypes represent an eternal truth.

Undeniably, part of the reason the Star Wars universe is rock solid is that it’s built around archetypal characters that people can understand and relate to. This is no stroke of luck but a masterstroke of genius. We know to root for Luke and Rey (the Hero), feel sympathy for Vader/Anakin and Kylo (the tragic hero or the Fallen), cheer the gumption of Han and Finn (the Adventurer/Rebel), seethe at the manipulativeness of Palpatine and Snoke (the Villain), admire the bravery of R2-D2 and BB-8 (the Loyal sidekick) and listen to the wisdom of Yoda and Maz (the Spiritual guide). Across the Star Wars films, there are undeniable parallels. The filmmakers know what people can relate to, and this helps inform how they write the characters and shape the way audiences approach and understand the story and its universe. 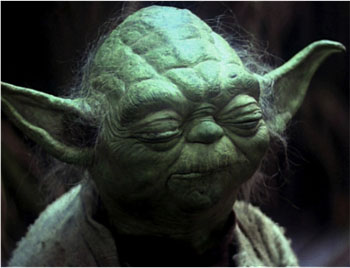 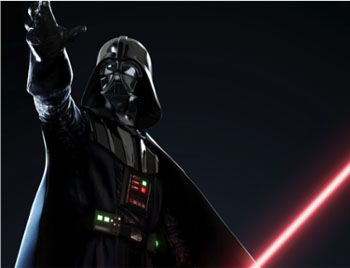 That’s why strong and successful brands are built on archetypes. Building your brand on an archetype helps you define your brand’s values, personality and behaviours. Brands with strong identifiable archetypes find an easier time guiding internal decisions and build lasting relationships with customers. It’s a way for brands to align what it says it is, what it does, and how it is perceived and known. People understand them better, and again, there is comfort in that. It appeals to human’s innate desire for truth and certainty.

Die-hard Star Wars fans will tell you they feel goosebumps every time they encounter the familiar electro glow of “A long time ago in a galaxy far, far away….” followed by the sudden rousing swell of John Williams’s signature score and the iconic title crawl, and the inimitable hum of a lightsaber, and so on. In The Force Awakens, Abrams has taken this to a different level. Besides those iconic brand elements and archetypes that made Star Wars Star Wars, The Force Awakens brings back also much of the original trilogy’s talents and on-screen eye candy; from Harrison Ford and R2-D2 to Chewbacca and the Millennium Falcon (all of which elicited cheers when they appeared on screen at the screenings I attended). He plays to the tune of familiarity and fan favourites. 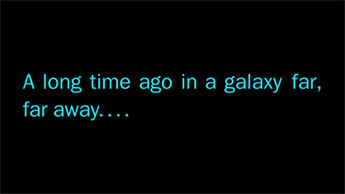 And he didn’t stop there. Those familiar with the film’s marketing campaign will recognise throwbacks to the original trilogy in other ways. Retro-styled teaser poster? Check. Drew Struzan-styled campaign art? Check. And don’t even get me started on the landslide of marketing tie-ins and merchandising juggernaut. Prevalent in the 70s, 80s and 90s, almost omnipresent now. 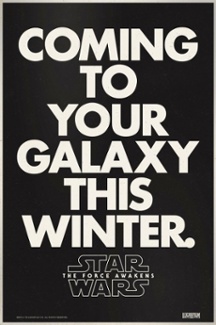 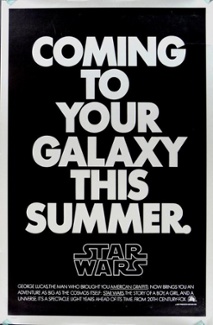 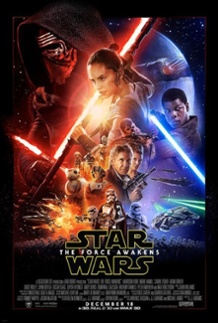 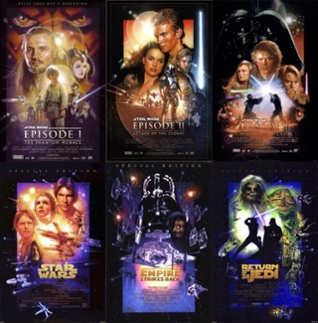 So yes, in branding, consistency is king. Confusion is the no. 1 killer. What is signature about your brand is what brands you as you. Just as archetypes don’t act out of character and therefore build an ironclad relationship with the audience, brand identity assets cannot be applied out of character either. Pay attention to your brand guide and all the rules of application. This goes beyond basic visual symbols like logos, colours and fonts, but also to the context within which your brand appears and the experience you’re giving customers. When running brand and marketing campaigns, be mindful of where and how customers see and interface with your brand. Some brands go so far as to advertise only in specific spots within a magazine, or secure only a certain kind of shop unit with a very specific floorplan. It’s ruthlessly consistent. And it’s such shrewd consistency that builds strong and recognisable brands.

So can a brand grow and evolve, or must it rehash the same old tune over and over again? Of course a brand can grow (and it must grow with the times). Identity can be updated and stories can take on new chapters to remain relevant…but brands must grow in a way that still remains authentic to the original arc and not wander from their core archetypes.

And The Force Awakens has gotten this right. Abrams has managed to produce a film that is as good as the original ones, and that continues a tradition, while being “new” in its own way. Female roles are more prominent now, Stormtroopers have sicker equipments, and the emotional stakes are higher too. But through careful calculation, creative alchemy and an unwavering commitment to the Star Wars brand, he’s managed to retain loyalty of its original fans (hooking them back in) while growing awareness and affinity with new ones…across generations and cultures, and with the same currency: Brand.

Share
Build your brand in 8 steps
Get long-term success. Step up to the plate and lay a solid foundation for your brand. 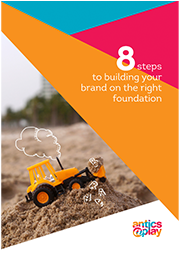