What is in-app mobile game advertising?

What are some benefits of in-app mobile game advertising?

Advertising in video games allows for a mutually-beneficial working relationship between game developers and businesses to flourish. For advertisers, in-game ads are a highly interactive and engaging way to attract the attention of gamers to their core businesses. As for game developers, ads are a great alternative source of revenue and they allow for the developers to construct a player retainment system that incentivizes them to invest a little more time and resources into the game in return for substantial awards- a win-win system.

Recently, there has been a surge in the popularity of free-to-play mobile games. However, this does not mean that the developers and publishers of these games are philanthropists. The implementation of advertising strategies upon cooperation with external partners is a potential goldmine of revenue. This revenue scales linearly with the number of advertisers you are partnering with. Based on a study by Vantage Market Research, ‘The Global In-Game Advertising Market size is forecasted to reach USD 12.35 Billion by the year 2028 and is forecast to exhibit a Compound Annual Growth Rate (CAGR) of 10.7% during the forecast period. That is a staggering number indeed.

Naturally, effective mobile game advertising strategies would encourage users to continue playing while hopefully spending some cash to support the developers. With a two-pronged approach of improving user experience and implementing a generous in-game reward system, players will feel incentivized to play for longer periods of time. More importantly, they may develop a sense of loyalty to the game and return even after quitting for extended periods of time. Via tweaking your rewards and adjusting the advertisements for optimal user experience, an incentive-based advertising strategy is the ultimate strategy when it comes to earning the goodwill of the players. Remember, empathy goes a long way in winning the hearts and minds of your target audience.

Extend the reach of your in-app mobile game advertising campaign

Gaming, while still incredibly popular among male adolescents, is surging in popularity among females as well.  With reference to a January 2021 survey by  https://www.statista.com/statistics/1243409/us-mobile-gaming-users-gender/, a whopping 55% of mobile gamers identified themselves as females. Advertisers can now effectively reach out to both genders while utilizing mobile games as a fun, interactive marketing platform that appeals to practically everyone. While the participants of this survey are mostly younger adults, gaming grows in popularity as technology advances. 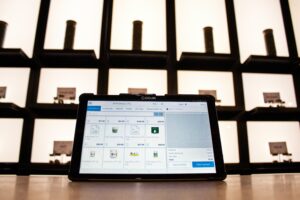 The most effective variations of in-app mobile game advertisements?

Such advertisements grant users and advertisers a clear value exchange. Users sacrifice a chunk of their time to watch a brief video. In return, they acquire some form of compensation. These rewards usually take the form of additional free playtime, complimentary in-game currency or other miscellaneous rewards. These optional ads are usually designed to encourage users to purchase additional micro-transactions. or to continue playing while being seamlessly integrated with the game’s economy.

Offerwall is a pseudo-job listing platform in certain mobile games. It displays a variety of missions and objectives for users to fulfil in return for receiving in-game rewards. Again, these offers are completely optional and pursued by users at their whim.

Interstitial Advertisements intrigue users with unpredictable, personalised advertisements that come in either static or video formats. Space out your ads strategically so as to avoid disrupting the user’s experience.

In the case of in-app advertisements, interactive ads usually take the form of playable advertisements. They may serve as a demo of the game they are promoting. These are often a welcome surprise as they enable users to adopt a hands-on approach instead of passive viewing. 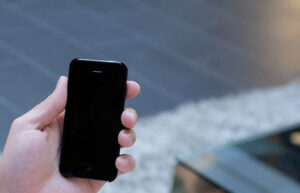 Players desire that game developers respect their free time. People expect compensation for their time and efforts. They will not willingly partake in ads without some kind of compensation. Such compensation could manifest in the form of rewards such as complimentary in-game currency, or items within the game.  Rewarded video ads can be highly effective in attracting users’ attention, thus justifying the high in-app mobile game advertising expenditure. As mentioned above, rewarded ads compensate users for watching a video by lavishing upon them complimentary in-game currencies, items,  and other potential rewards.  There are many freemium and even pay-to-pay games that employ such strategies by allowing gamers to expedite certain tasks via watching an ad or topping up a purchase by interacting with a rewarded ad.

The interactive nature of a reward ad also allows for some degree of engagement with users. Users may opt to either access an external site or an external application via clicking on the Call-To-Action.  This could potentially result in new users of the advertiser’s advertised product.

Avoid disruption of the gaming experience

Any gamer or app user would share a disdain for being abruptly interrupted by an intrusive ad during moments of intense gameplay or complete concentration. Your objective as a competent advertiser is to identify opportune timings for your ad to appear without earning the ire of gamers by being a thorn in their flesh.

In the case of rewarded video ads or interstitial ads, it would be prudent to display them during downtime. Instances include post-stage-completion summaries, gameplay pauses, menus, and of course – the dreaded loading screen. These moments are apt for temporary diversions of the user’s attention while being rather non-intrusive.

Keep your advertisements strictly within the boundaries of the application

Nothing would annoy an avid gamer more than disrupting their gaming experience by forcing them to momentarily exit the game via imposed circumstances such as clicking on a mobile game advertisement. Always keep in mind the importance of maintaining a good User Experience and ensure that players can pick up where they left off seamlessly after accessing your ad.

In short, advertisers should ideally aim to condense and relay all the information through a singular ad if possible without ever leaving the mobile game itself. If you absolutely require users to head to an external site or application to view your information, please request their permission and ensure that they have the opportunity to save their progress in case their mobile game force closes. Do compensate players for the inconvenience as a gesture of goodwill.

As users come across more advertisements every day, it’s inevitable that banner ads would be glossed over by desensitized consumers. This is also known as ad blindness where users may be consciously or subconsciously dismiss banner ads out of habit. While we are engrossed or extremely focused on a task or objective, we often ignore occurrences in the background. For instance, we would probably not notice that the traffic light has switched colours if we are busy sending text messages to our friends via a mobile device. Likewise, gamers who are attempting to focus on completing a mission are prone to ignore any ads that appear in their way by closing them immediately if that option is available.

Thus if you observe that engagement rates are plummeting with regard to your mobile game advertisements- do consider switching up your ad formats and incorporating more interactive and rewarding advertisements.

Undoubtedly, there will always be a sizable number of users who detest advertisements due to having a prior unpleasant experience. Every day, the number of Adblock users is consistently on the rise. This does not mean you should automatically dismiss them as being unreceptive to your ads.

Fortunately, adblockers have yet to find themselves integrated into mobile games, but this does not mean that game developer and advertisers should not attempt to foster goodwill amongst their communities by producing creative and engaging advertisements that are non-intrusive and beneficial for users to a certain degree. It would be ideal to implement advertisements in mobile games discreetly in order to prevent potential backlash. This would result in a lack of demand for AdBlock in mobile games and thus delay or prevent its integration. 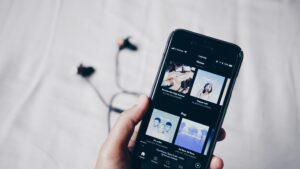 To fully maximise the potential of in-app mobile game advertising, game developers and advertisers should collaborate in brainstorming. Mixing and matching ad formats is a surefire way to optimise revenue generation.  Rewarded video ads can be displayed to players when they fail a stage by gifting them a complimentary life. Banner ads can be scattered strategically throughout the menus and user interfaces during lulls and downtime. Lastly, you may consider reserving interstitials for loading screens or post-mission completion summaries. These are just examples- Use your boundless creativity and you will yield the fruits of your labour in time!