If you look at the branding and advertising landscape today, you may be forgiven for thinking that you live in the 1990s. Or 1980s. Perhaps the 1970s. Maybe even the ’20s. We live in a time when buzzwords like recycling and repurposing pepper our speech and action. But beyond environmentalism and sustainability, those buzzwords have no doubt also crept into the cultural lexicon and practice of branding and marketing. Yes, folks, we’ve entered a world of retromania, an age where nostalgia marketing is pervasive and taps the nerve center of emotional marketing.

But why our obsession with the past? And more important, are you sold?

In his book Retromania: Pop Culture’s Addiction to Its Own Past, Simon Reynolds posits that we now live in an extended cultural moment of “hyper-statis”.  And the evidence is everywhere. Hollywood cannot make a movie today without it being a sequel or reboot. Every Marvel and DC movie is predicated on comics past. And there are now not 1 but 2 Teenage Mutant Ninja Turtles movies in the works at time of this writing (Cowabunga!).

On TV, He-Man has made a comeback on Netflix. The 2021 Friends Reunion special was an obvious cash grab, but the numbers show rampant viewer interest nevertheless. Fans of Sex and the City are bracing now for And Just Like That, which will see those ’90s fashion icons enter middle-age. Ditto Dexter (albeit on a very different genre spectrum!). Gossip Girl, iCarly, Frasier, Beavis and Butthead, the list goes on.

And so it goes

This cultural statis impacts also the music industry. Weezer has made a very successful comeback by covering an ’80s pop standard. They are now packing stadiums with ’90s pop punkers Green Day and Fallout Boy in the money spinning Hella Mega Tour.

2020 saw at least 2 global pop icons release albums, sounds, videos, choreography and campaign art laced with nostalgia. Dua Lipa’s Future Nostalgia places her in the new wavy ’80s rollerskating milieu. While Kylie Minogue’s Disco took it further back to a Studio 54 setting. In Jan 2021, both collaborated on a remix track, and fans took to social media for all kinds of MTV retro mashup.

On social media, stars like Alicia Silverstone joined the world of TikTok by recreating a famous scene from her iconic 1995 movie Clueless. While Michelle Pfeiffer took to Instagram to crack her Catwoman whip in a throwback to 1992’s Batman Returns. “Just like riding a bike,” she said. Has the world truly run out of ideas? Have we, perhaps dulled by the lockdown, defaulted to muscle memory? Because it’s, y’know, like riding a bike?

What is emotional nostalgia marketing and why now

Historically, nostalgia has been a popular marketing strategy during hard times. With the shit show that was 2020, brands have been trotting out retro ads, content and projects that transport customers to simpler, happier times. It characterises a deep yearning for the past: The happiness of remembrance and the ache of knowing those days may no longer be.

This obviously does not preclude aging stars flexing a bit for personal branding, or Hollywood execs tapping on audiences’ desire to feel connected, grounded, and to want to be transported to boom times.

It works particularly well too in marketing and advertising, because of the emotional bond that consumers form with the product or service. One study suggests nostalgia has the power to create an emotional connection with customers and results in them willing to pay more and less likely to churn. Why?

Because brands exist to be a salving balm for achy breaky hearts (see what I did there). In times of fear and loathing, they want to soothe by evoking positive sentiments and aligning themselves with positive emotions. If Jesus were to take the steering wheel, they want to co-pilot. And that often means teleporting unmoored customers to happier, more comforting and reassuring times. After all, advertising is all about painting a vision of a world that could be, not is. And sometimes that world hides in the past.

But what about the new generation of customers and businesses? What have they got to be nostalgic about

For Gen Zs and new brands, they are birthed in an era of cynicism, fake news and social upheavals. As a generation that has experienced the most change, they are also more likely to thirst for the past, a phenomenon labelled as early onset nostalgia.

Not surprisingly, as this generation comes of age in this world of advertising sameness (“yay” for digital) and seeking to define their sense of identity and self, many are looking to the past. Perhaps as a mark of distinction, or a signal of precociousness. (Remember that primary school classmate who liked the Sex Pistols and how rad you thought he was? Yea, kinda like that.) Or they simply #throwback to learn the secrets to the success of their forebears. And certainly, pop culture has given these kids a panorama of experiences to tap; and for brands, great depths of nostalgic inspirations to plumb.

Speaking of inspirations, let’s now take a look at how some brands are employing emotional nostalgia marketing in their advertising and communications in 2021. Some established, some upstarts. Some flex it in brand identity, others in tactical campaigns. But all use the strategy to drive emotions and further their storytelling in a pandemic/post-pandemic world. See if any example speaks to you. To be sure, nostalgia marketing is not for all brands. If you’re unsure, feel free to drop us a line for a quick consult! 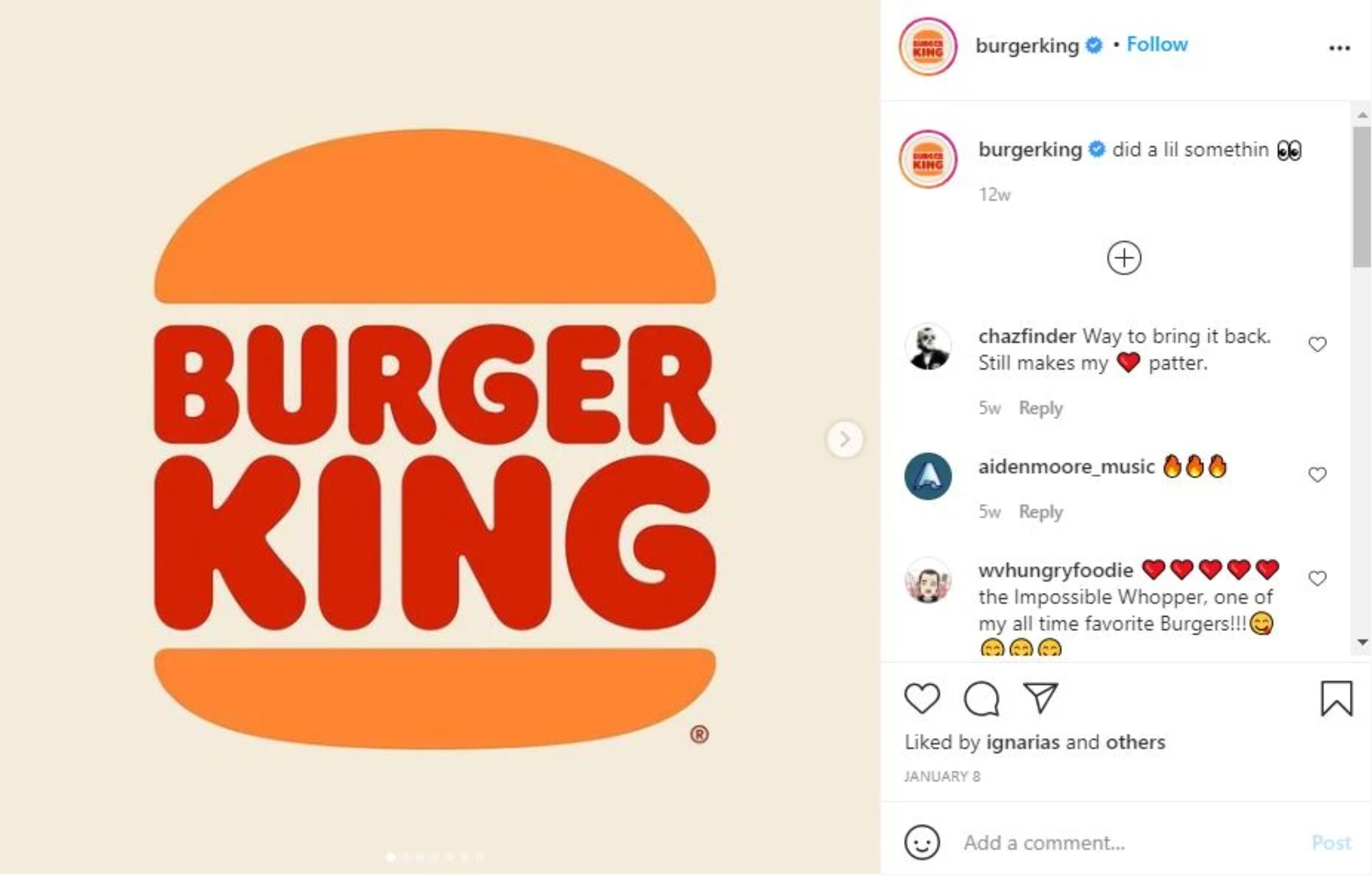 Burger King’s first rebrand in 20 years happens to resemble the brand logo used in the ’70s, ’80s and ’90s. Agency creative director Lisa Smith said, “We explored a lot of different design territories, but kept coming back to the brand’s original iconic logo from 1969 and 1994 when Burger King looked its best.” The brand’s new visual identity is centered around a colour palette based on its iconic menu items (burger, salad and fries), and looks distinctly old school.

Amazingly, the brand opted for a custom serif typeface called Flame. The fun and expressive font is a particularly unusual choice, seeing as many brands today tend to opt for simple, non-serif fonts that are web-friendly (but who are also roundly criticised for being boring and looking the same). Good call, Burger King! Speaking of typography, Burger King was not the only brand that opted for a fun, trippy, nostalgia-laden typeface to catch the latest winds in consumerism. Many branding and rebranding projects in 2021 feature retro fonts that are cornerstone to their identity and communications, and that look like they were ripped from pages of a ’70s magazine. They include Pillars Brewery (craft beer), Realm (podcast publisher), The Nice Company (ice-cream) and Marshmallow (insurance). 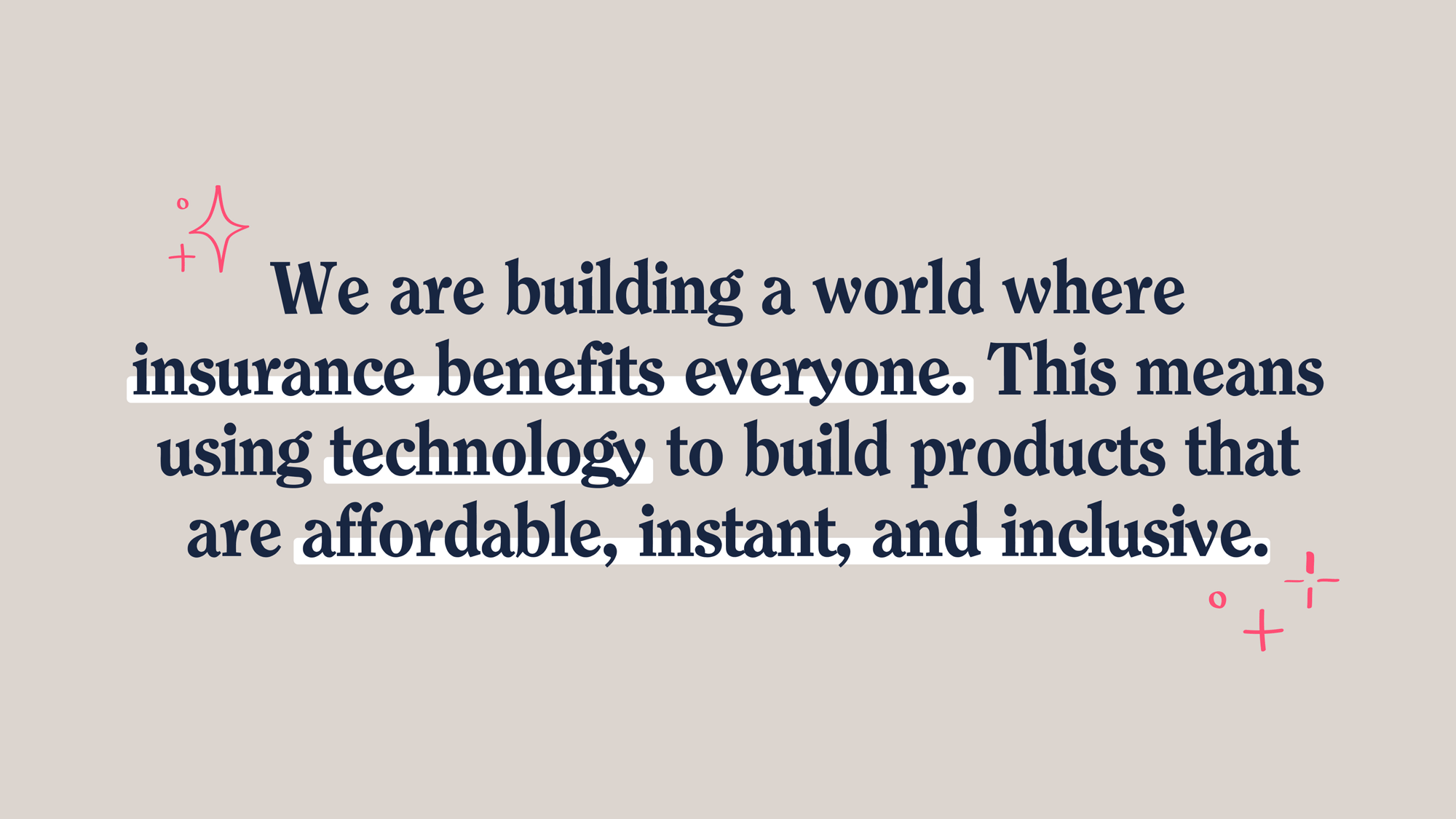 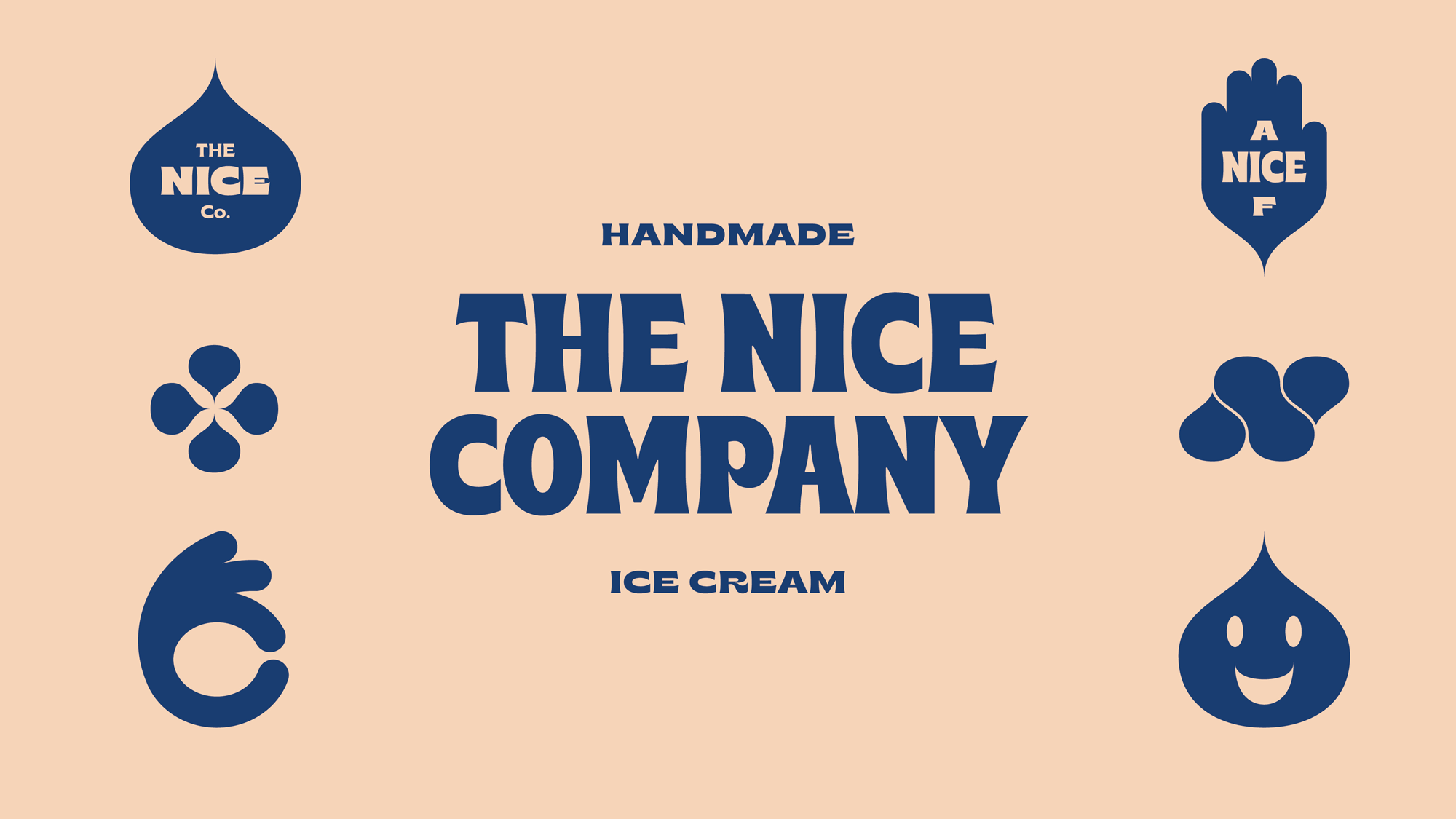 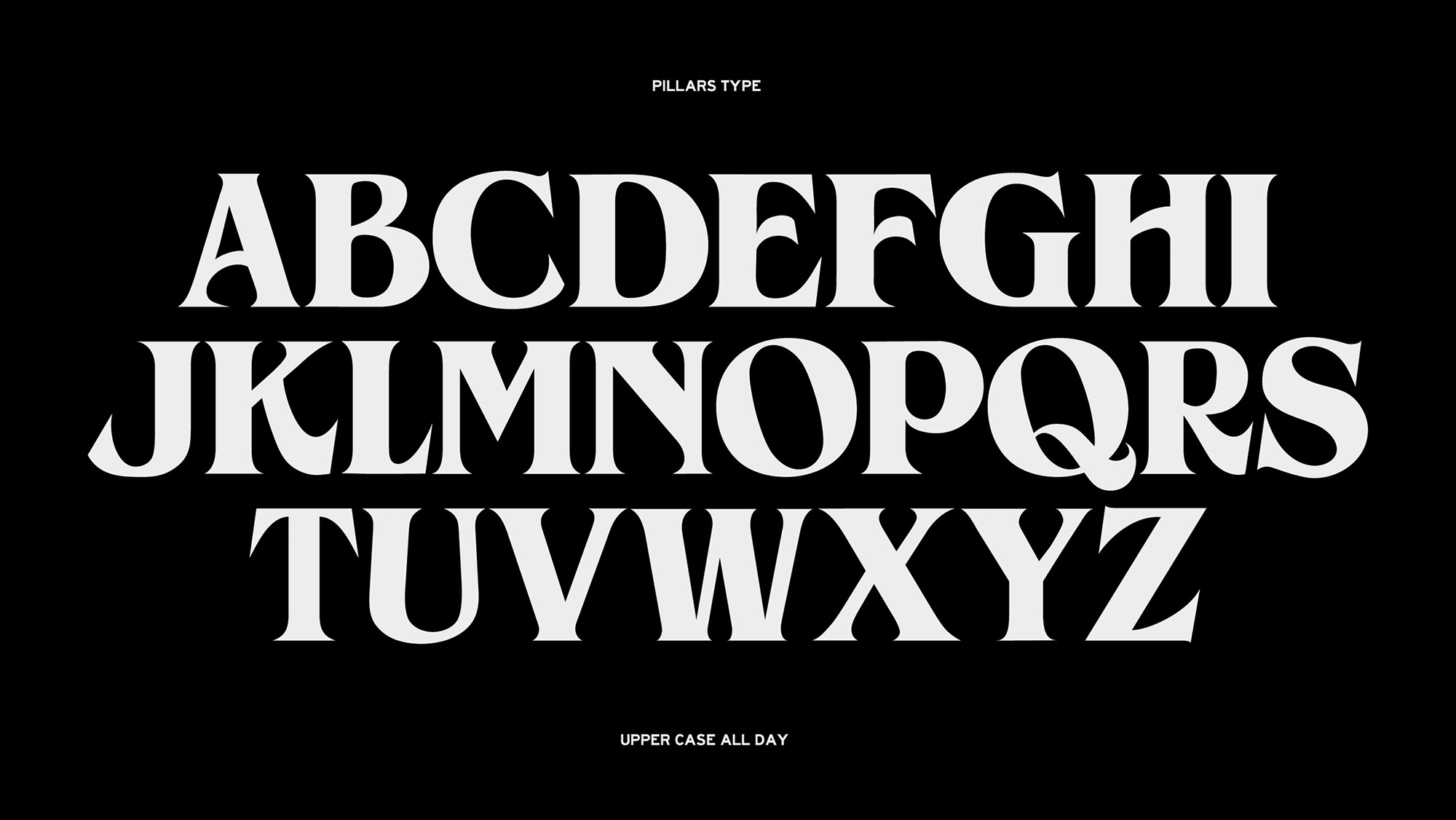 Much of brand photography today too feature a low-fi, low-rent, raw aesthetic. Think Taylor Swift’s 1989 album cover, or Fiona Apple’s Bad Girl music video. How about Polaroid and its soft and blur focus aesthetic, complete with harsh lighting and overexposure? Does this trend owe a huge mountain of debt to a generation of Millennials who fell in love with Instax? Possibly. 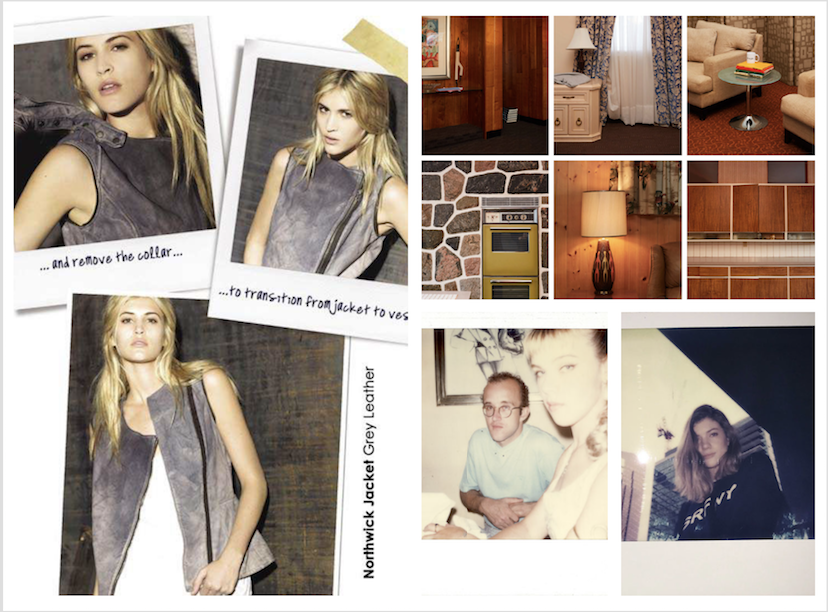 Besides staking a claim in brand identities, nostalgia marketing has also influenced many tactical campaigns. Here are some we’ve seen so far in 2021, from luxury fashion to F&B.

On social media, Gucci promoted its collection of Donald Duck apparel to much fanfare. It has also released collections feat. Doraemon and Pokémon over the past year.

Loewe, meanwhile, launched a collaboration of ready-to-wear and accessories featuring Totoro in Jan 2021. Like Gucci, they are leveraging nostalgia in hopes of creating emotional bonds with their audiences. 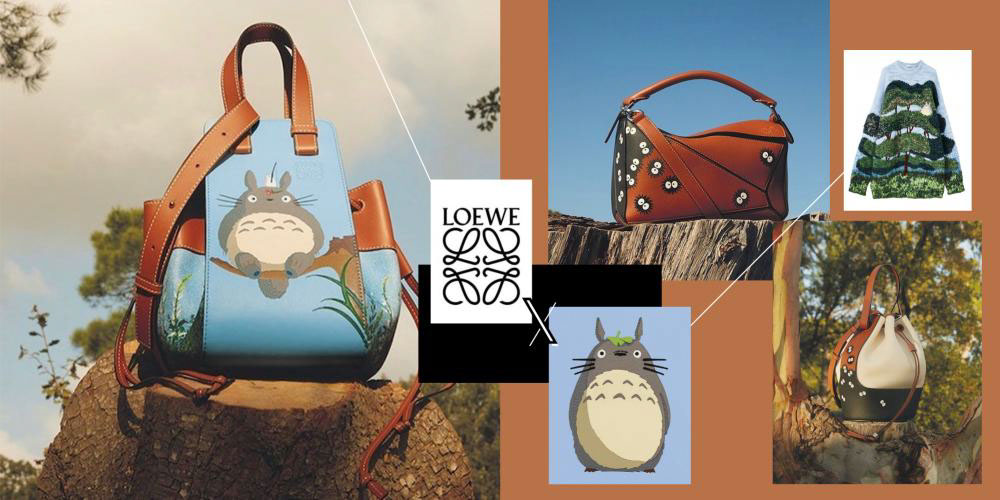 This nostalgia marketing campaign by MTN DEW in Mar 2021 set tongues wagging too. The beverage brand created a 40-min YouTube episode hosted by the late Bob Ross (using a whole host of technology and body-doubling). This put the brand front and center of a “lost” painting lesson that looked straight out of the ’80s. The campaign was promoted via TV spots, influencer marketing and an online auction.

Incidentally, the Bob Ross nostalgia didn’t end there; he also appeared posthumously in content by Adobe and even Deadpool.

In a modern twist, Pizza Hut created a limited-edition PAC-MAN pizza box featuring an AR game where people could win a PAC-MAN game cabinet. It’s a campaign they called Newstalgia. Customers just need to order a pizza, scan a QR code, play PAC-MAN, and share their score on Twitter. With the relevant hashtag, of course. The brand has been promoting the campaign heavily on social media with cheeky content, writing on 1 Instagram post, “#tbt to when it wasn’t rude to play games at the table.” And customers seem to be loving this throwback, with 1 enthusiastic user commenting, “My favourite game as a kid!”

In Mar 2021, Coca-Cola launched an integrated marketing campaign to promote its cherry, vanilla, cherry vanilla and orange vanilla flavoured beverages. In a series of ads, the brand used 3D technology to digitally insert images of these Coke flavours into the hands of past NCAA players, coaches, mascots and fans during memorable moments in the tournament’s history. By invoking nostalgia about iconic sports victories, Coke manages to tap into sports fans’ sentimentality. The use of rendering technology is also a clever way to circumvent restrictions on live filming during the pandemic. The campaign name? Unbelievable Double Take.

The future of nostalgia (marketing)

With so many brands going back to the future, is nostalgia marketing here to stay? Possibly. It may not be the ’80s PAC-MAN or the ’70s Studio 54 specifically. But the good thing about history is that there is so much to draw from. As the world continues to careen toward uncertainty (what with climate change and all), we’ll always have the benefit of hindsight. And you know what they say about hindsight…. It’s groovy, baby.

Share
Optimise your customers’ transition from online to offline
Attend this free workshop and learn about the future of customer experience.

Save your seat now 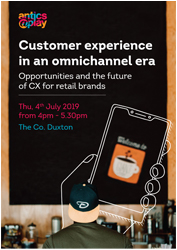 Avatars: Coming to a real and virtual space near you

An evolution in advertisement